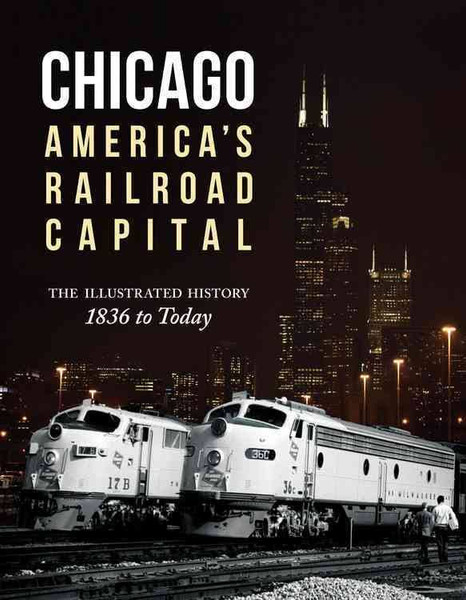 In the mid-nineteenth century, Chicago's central location helped establish it as the capital of the nascent North American railroad industry. As the United States moved west, new railroads and rail-related companies such as Pullman established their headquarters in the Windy City, whiles eastern railroads found their natural western terminals there. Historically, railroads that tried to avoid Chicago failed.

Specially commissioned full-color maps illustrate the evolution of Chicago's railroads from 1848-1910, the connections between 1928 passenger trains and the Loop, and the intricacies of 2003 freight traffic in the city. Illustrated with historical and modern photography, Chicago: American's Railroad Capital helps readers understand how Chicago has operated- and continues to operate- as the center of a nationwide industry.

Dining By Rail: The History and Recipes of America's Golden Age of Railroad Cuisine Book