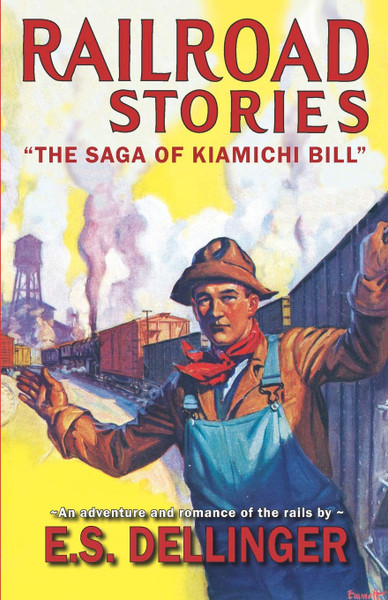 Five classic stories of the rails.

A wondering hobo becomes a hero - and decides to remain a hero!

The Saga of Kiamichi Bill

Bill Burns was content to wander the rails as a "blanket stiff," until he met the beautiful Lula Ross.  Suddenly, Bill wanted more...a steady job, a home, and a future with Lula. A Brass Hat's nephew, an old rivalry, and the deadly sidecar cabooses all seemed to conspire against them. But Lula's smile gave him the determination and courage to press on...

Rud Randall wanted to become the greatest engineer on the rails, but his family wouldn't have it. His brother swore revenge, so Rud was skeptical at his change of hear.

When the Devil Calls

Can the Devil travel from one continent to another? "Old Bill" Reardon fled the old country to escape a family curse, but that mournful wail followed him to the Ozarks. Would the Devil claim his coworkers and passengers as well?

All books sent USPS media rate unless ordered with other items.